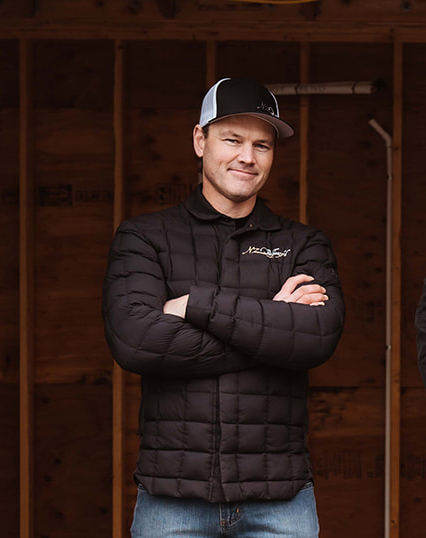 Damon, or “Damo,” founded NZ Builders in 2004. Originally from Orewa, New Zealand, Damon's tenacity for building science and pushing boundaries steered him to leave school at only 15 years old to focus on his craft. He moved to California and built houses for X YEARS before making his way to Vancouver Island. After years of performing costly renovations on code-built homes that were rotten, pest-ridden, and improperly constructed, Damon recognized a need for more resilient construction practices.

NZ Builders was the first company in western Canada to introduce a concrete tilt-up system for residential construction, and Damon’s own home was the test project. Known as “Wain Rd,” the home has received international recognition for its innovative features, and for being the first Net Zero ready home to hit Vancouver Island.

Since this project, NZ Builders has worked on other projects that have tested the boundaries and received recognition for innovation and building excellence.

Damon values hard work, and has a passion for sharing his knowledge and giving back to the building community, and coaching young people how to be gracious and kind. Damon, his wife Annie, instill these values into their three boys, who work hard on the farm.

PREVIOUS
BACK TO TEAM
NEXT